skip to main | skip to sidebar

Back in 2006 at the SAP analyst event, SAP CEO Henning Kagermann, announced that the company's new goal was to broaden its addressable market to a size of $70 billion and to reach 100,000 customers by 2010.

Following the slower than expected uptake of its SMB products, this figure seemed to disappear... until now!

With the integration of Business Objects complete, SAP's customer figure has now moved from ~55,000 to ~75,000; and with a broadened SMB product portfolio that includes SAP's first on-demand ERP suite (Business ByDesign), the company again believes it can reach 100,000 by 2010.

Here's a recent comment from Leo Apoteker:
"We're committed to achieving 100,000 customers in 2010 and you can't do that without the mid-market."

It is clear that by mid-market, he means Business ByDesign. Executives followed this comment up by announcing that a more competitive CRM solution as part ofBusiness ByDesign is on its way (bye, bye SAP CRM On-Demand!), as well as analytics functionality coming from Business Objects On-demand, which derives a large portion of its current on-demand business from Salesforce.com customers.

While the product development sounds great, scale will be needed for SAP to reach these still lofty goals... and this scale can only be reached with the help of partners!

"Feeding the Ecosystem" is a PAC blog devoted to covering the Application Services market.
Tobias Ortwein is a SVP for PAC based in Munich, focused on delivering strategic consulting projects to software & IT services companies. Additionally, since 2008, he has led PAC's global "SAP Services Research Program."
Prior to this position, Tobias was Managing Director of PAC Germany from 2006 to 2008 and responsible for PAC’s entire business in the Germany / Austria / Switzerland region. 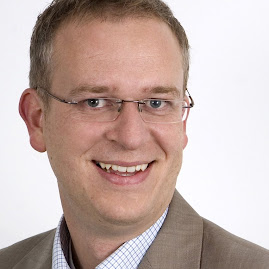 As part of PAC's value of delivering analysis and insights from the local markets, globally, other contributing authors include: